The attack on Fort Mercer, also known as the Battle of Red Bank, was a huge victory for the Americans. They defeated over 2,000 English and Hessian soldiers. Hessians were German soldiers who fought with the British. No one expected the Americans to win but their fort saved the day! Thanks to both French and Polish engineers, Fort Mercer stood strong!

Watch an episode of Liberty's Kids that features Hessian soldiers.

Today there is not much left of what was Fort Mercer. What remains is an outline of trenches overlooking the Delaware River. 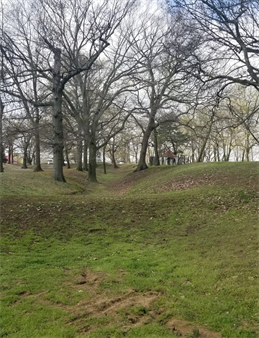 If we could use a time machine to go back to 1777 we would see a fort that looked like this: 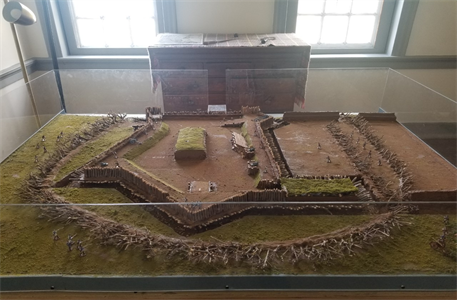 Fort Mercer was a temporary fort made of stone, wood, and dirt. Other forts were constructed to be more permanent, like Fort Mifflin right across the river. Fort Mifflin fought valiantly against the British! To learn more about Fort Mifflin, check out this video.

Activity - Build Your Own Fort

For this activity, use whatever supplies you have to construct your own fort. You can use:

Here is an original plan of Fort Mercer to help guide your building:

Next get a blank sheet of paper to make your own flag for your fort. Feel free to design it anyway you like!

Last, but not least, you are going to need a name for your fort. Ft. Mercer was named after Brigadier General Hugh Mercer after he passed away at the battle of Princeton.

This is the flag that flew over Fort Mercer: 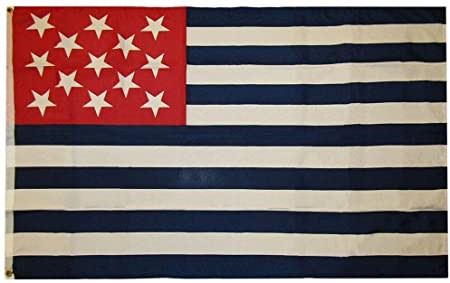 It looks a lot like the American flag but different. Can you spy the differences? Most forts had their own unique flags.