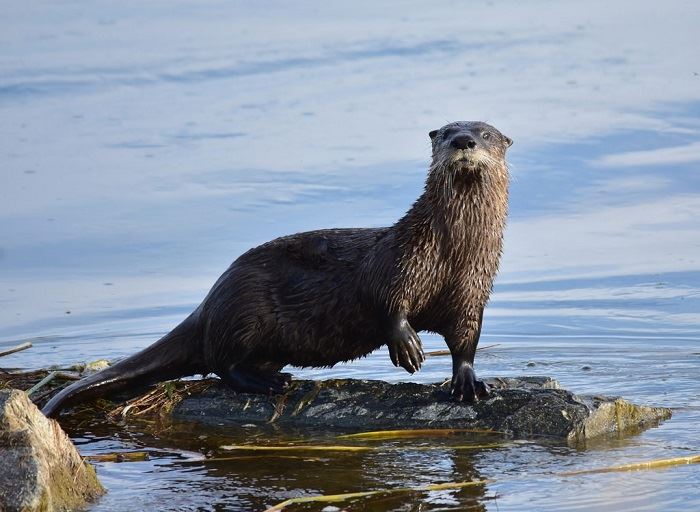 The river otter is a type of mammal that was once found at Scotland Run Park. We don’t know if there are
any left, but we hope that they come back!

There are many species of mammals in our area, and some of them are well-known to almost everyone. Can you think of some mammals that you have seen or that that you know about? A clue is that mammals have hair/fur on them, and often they are totally covered in fur. Well, some of the most common ones that people think of are deer, squirrels, chipmunks, rabbits and mice. But there are so many more! Some of them are very elusive (meaning they are hard to find because they are usually hiding) and many of them are nocturnal (active at night) or nearly so. 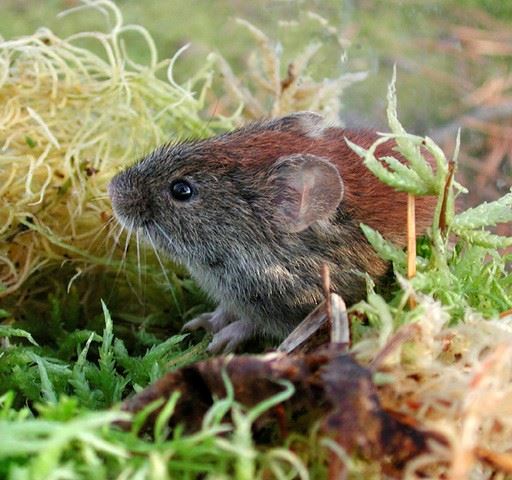 This is a southern red-backed vole, an adorable little rodent that lives in our area, but which we very rarely see!  They hide
during the day under leaves and in the dirt.  They move around at night, but still mostly stay in the leaves.  Few people
will ever see one!

Most mammals are small, and some of them are *really* small and could fit in the palm of a child’s hand.  Examples of these are certain types of mice, shrews, voles and other rodents.  Bigger mammals include species like beavers, foxes, coyotes, raccoons, deer and black bears.  Yes, we sometimes have black bears in Gloucester County!  This past year one was roaming around in our area.  It’s pretty rare that we get to see one, but sometimes they come into places where people live and then they wander back into the woods.

The opossum is a very unusual type of mammal that lives in New Jersey.  They have more teeth than any other kind of mammal – 50 of them!  They are also the only mammal in North America that is a marsupial. That means that they babies that are born very small and blind and they carry them around in a pouch on their stomach. Have you ever seen an opossum? They are almost entirely nocturnal. 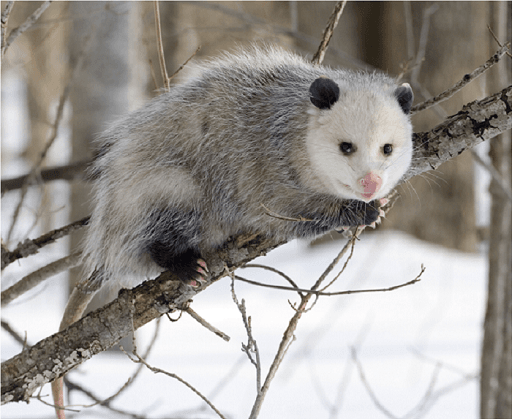 The opossum is more formally known as the Virginia opossum.  They have very unusual looking
all-white faces with a pink nose and dark eyes and ears.

If you want to learn more about river otters, check out this link below

Let’s also try a craft where you can learn to make a black bear face out of paper.
https://abcsofliteracy.com/black-bear-paper-plate-craft/ 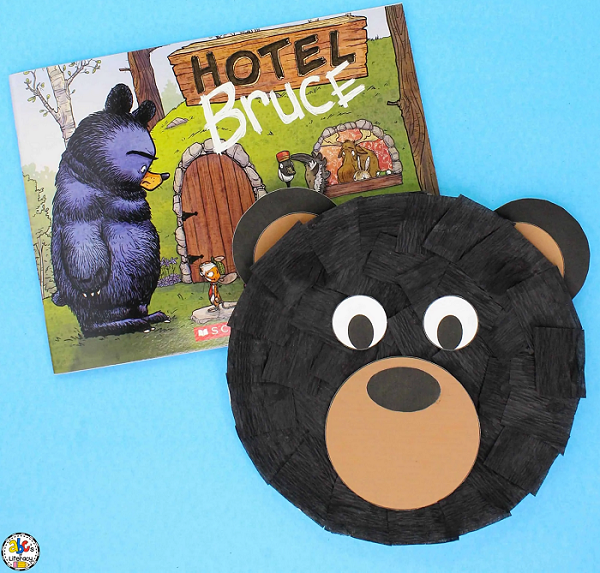