What Lives in the Dirt? 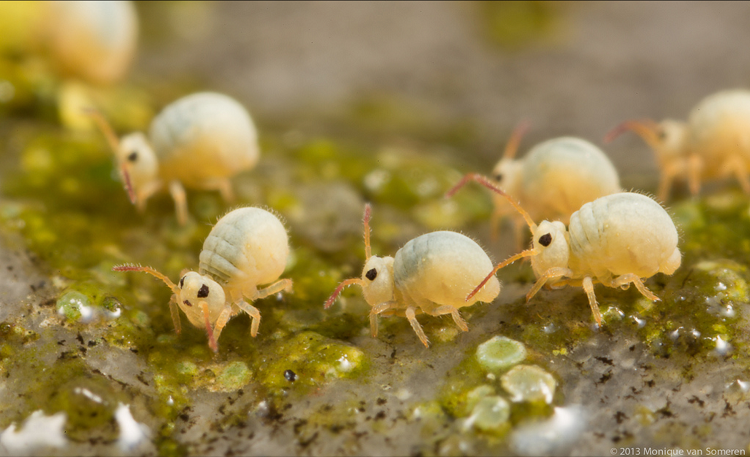 These little creatures are springtails and they live almost everywhere that there are is dirt or dead leaves
or moss growing on rocks! They eat dead plants and fungi and then turn them into more dirt, which plants need.
In fact, we would have a lot less dirt if it wasn’t for these amazing insects!

Dirt is so much more important than you might think.  Without dirt we would have almost no life on Earth!  Nearly all plants need dirt to live and most animals need plants to live.  Dirt is the home for many many living things.  Inside the dirt you can find all kinds of creatures like beetles, millipedes, pillbugs, earthworms and more.  But that’s not all – many other animals live in the dirt in tunnels or on top of the dirt that’s under leaves – things like salamanders, frogs, snakes, mice, shrews and more.

One of the most important groups of animals is the springtails (the scientific name for springtails is Collembola).  There are about 9,000 species of these little insects!  They are found all over the Earth from the coldest places like the Arctic Circle to hot places like tropical rainforests.  They can live anywhere there is dirt or moisture.  They not only make lots of dirt (from their poop after they eat dead plants) but they also are food for other small animals like frogs.

When most people think of dirt they think about earthworms.  Not many people realize that most earthworms were brought here from other parts of the world and they are now eating too many of the leaves that are on top of the dirt.  Because they’re eating SO many leaves, it’s taking the homes away from other animals.  Make sure not to buy earthworms at the store and release them into your yard or into fishing ponds. 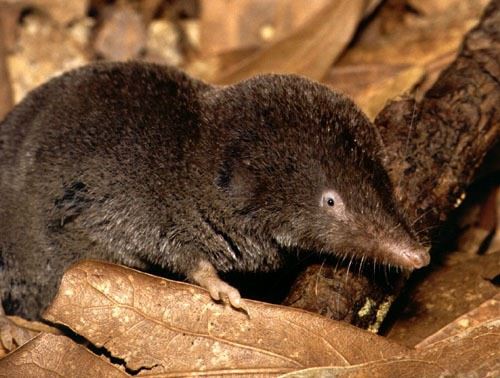 This is a shrew.  It’s a tiny mammal that leaves in the leaves and dirt and eats insects and earthworms. 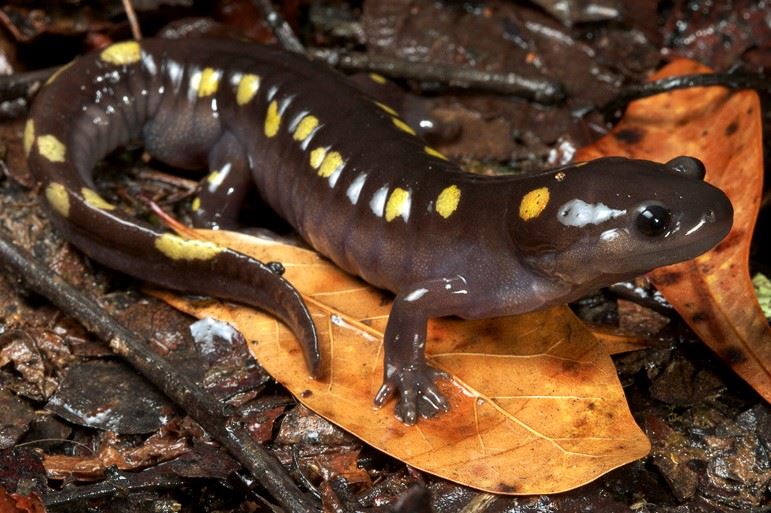 This is a spotted salamander.  They live in wet leaves and dirt. You can see one at the Scotland Run Park Nature Center! 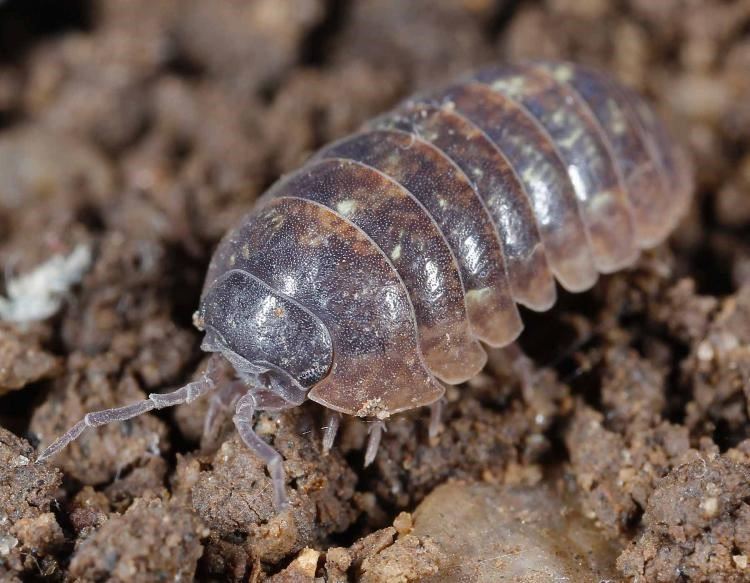 This is a pillbug, also known as a woodlouse, sowbug, or roly-poly. They like to live in dirt that is near wood.
They are really common around houses.

If you want to learn more about the tiny things that live in dirt, check out these links below!

Let’s also try a craft where you can learn to make a pillbug (roly poly):

Roly poly Paper Craft for Kids
This little roly poly curls up into a ball whenever it is scared just like real roly polies. It can be used not only as a toy, but as an educational tool. Have your children study roly polies and then write facts about roly polies on the segments.

What you will need:

How to Make the Roly Poly Paper Craft:

5. Have your children write facts about Roly Polies on the sections of the roly polies.